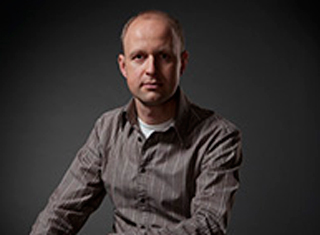 Born in Russia, Sergei studied industrial design in Ekaterinburg, Russia. After graduation he worked with Prof Luigi Colani in Switzerland. His first serious success was the design of the Baby-G watch range for Casio in 1992, while working for Seymourpowell design studio in London. From 1999 he worked for Timex Corporation as a Design Lead for Sports and Advanced business groups across multiple watch brands. In 2004 Sergei joined Samsung Electronics as a Lead Designer for Advanced Wireless group, creating compelling mobile products that were selected and produced for Asian and European markets. Being a native Russian-speaker, Sergei also developed new business for Seymourpowell in 2008-2009 with a particular focus on Russian market. Sergei’s latest work was a BlackBerry PlayBook that was announced recently.

His diverse experience with several design firms and global corporations in Europe, North America and Asia provided him with valuable skills, necessary to consistently deliver innovative and unique product solutions to various markets. He has the ability to craft beautiful products and experiences whatever the constraints of the brief. Sergei extensively worked with global and cross-functional teams, including design research and strategy, product planning, brand management, marketing, sales and R&D. He is used to liaising with all business functions from Junior to Vice President and CEO level.